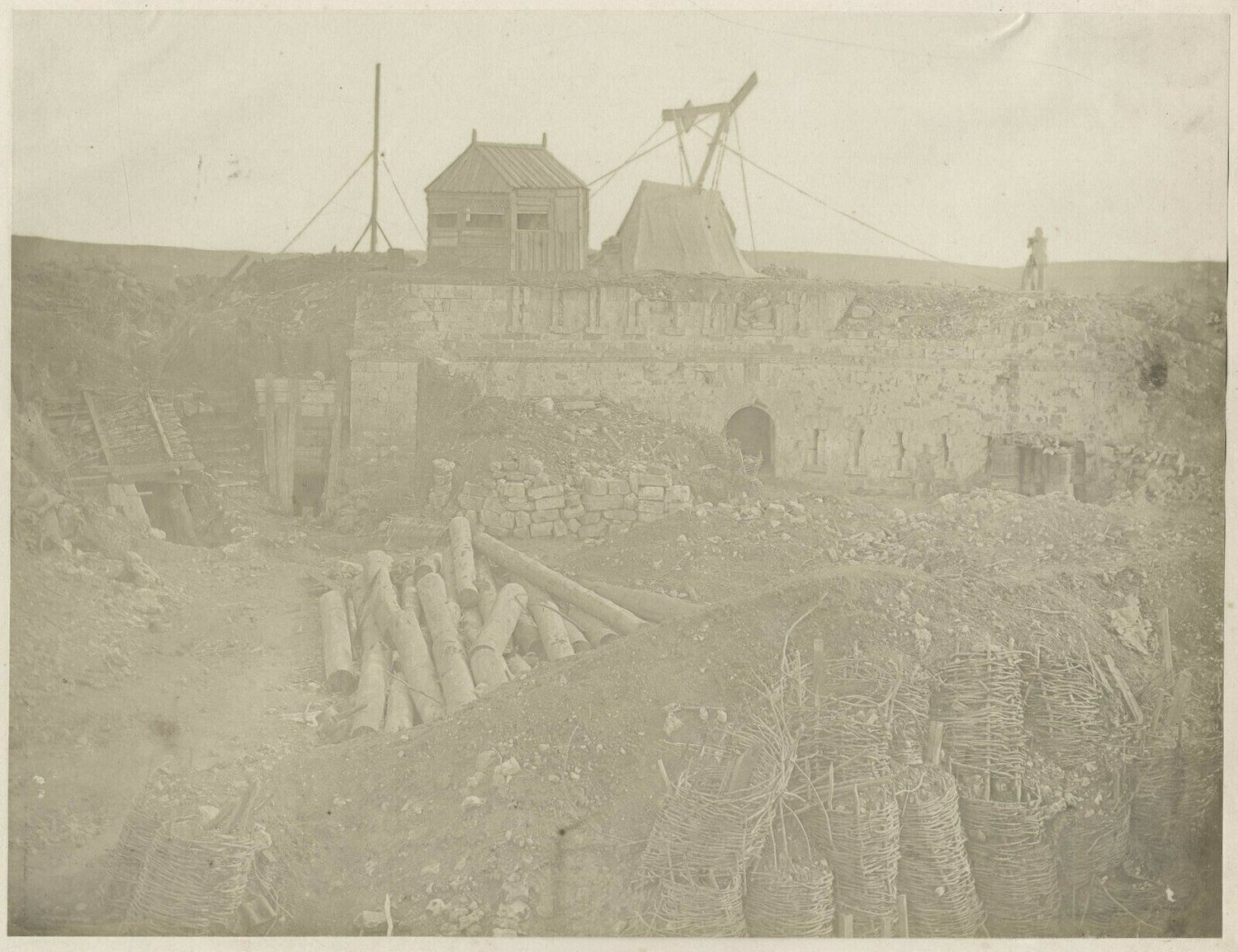 A rare and large print of the 'sketches' made during the Crimean war by James Robertson who worked together with Felice Beato.
This is one of the most early photographs of war in the history of photography. Their photographs show the destruction of war in a more 'documentary' way than Roger Fenton did in the Crimean war.
The French army successfully stormed the Malakoff entrenchment, whereas a simultaneous British attack on the Great Redan to the south of Malakoff was averted.

This print can also be found in a bound volume titled 'Sketches made during the Campaign of 1854-55 in the Crimea, Circassia and Constantinople' by William Simpson in the collection of the Victoria & Albert museum. That is an albumen print in a lesser condition than this salt print.

Salt print in good condition after an albumen on glass negative (thanks to Mark Osterman for this information). Some original retouching visible. Like most of their prints a little faint due to improper washing. Prints by Robertson & Beato with a rich tonality are very rare.

Literature: 'Sketches made during the Campaign of 1854-55 in the Crimea, Circassia and Constantinople', V&A collection.