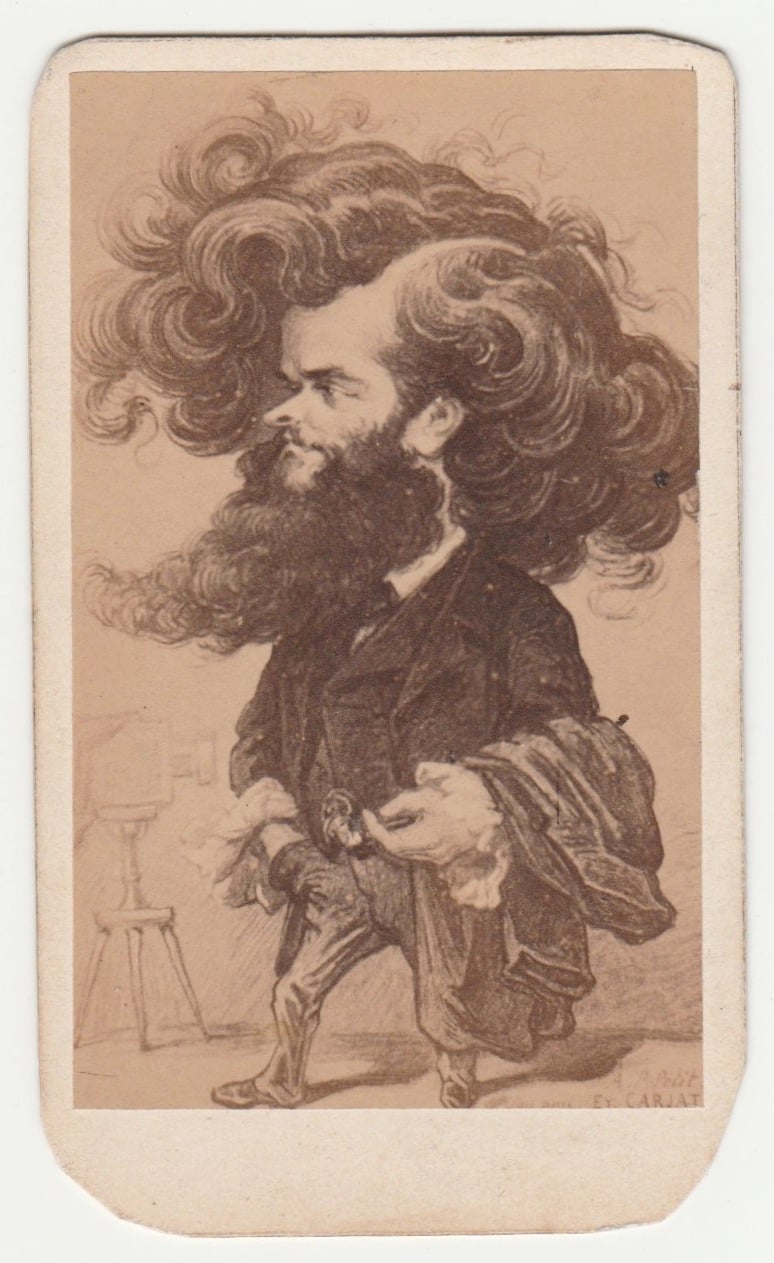 A rare CdV of Pierre Petit with his auto portrait. The caricature is made by Carjat.
The albumen print is pasted on a cardboard with on the back: 'Photo. Pierre PETIT & TRINQUART. Place Cadet 31. Paris.'

Cardboard trimmed on the corners, print in good condition.