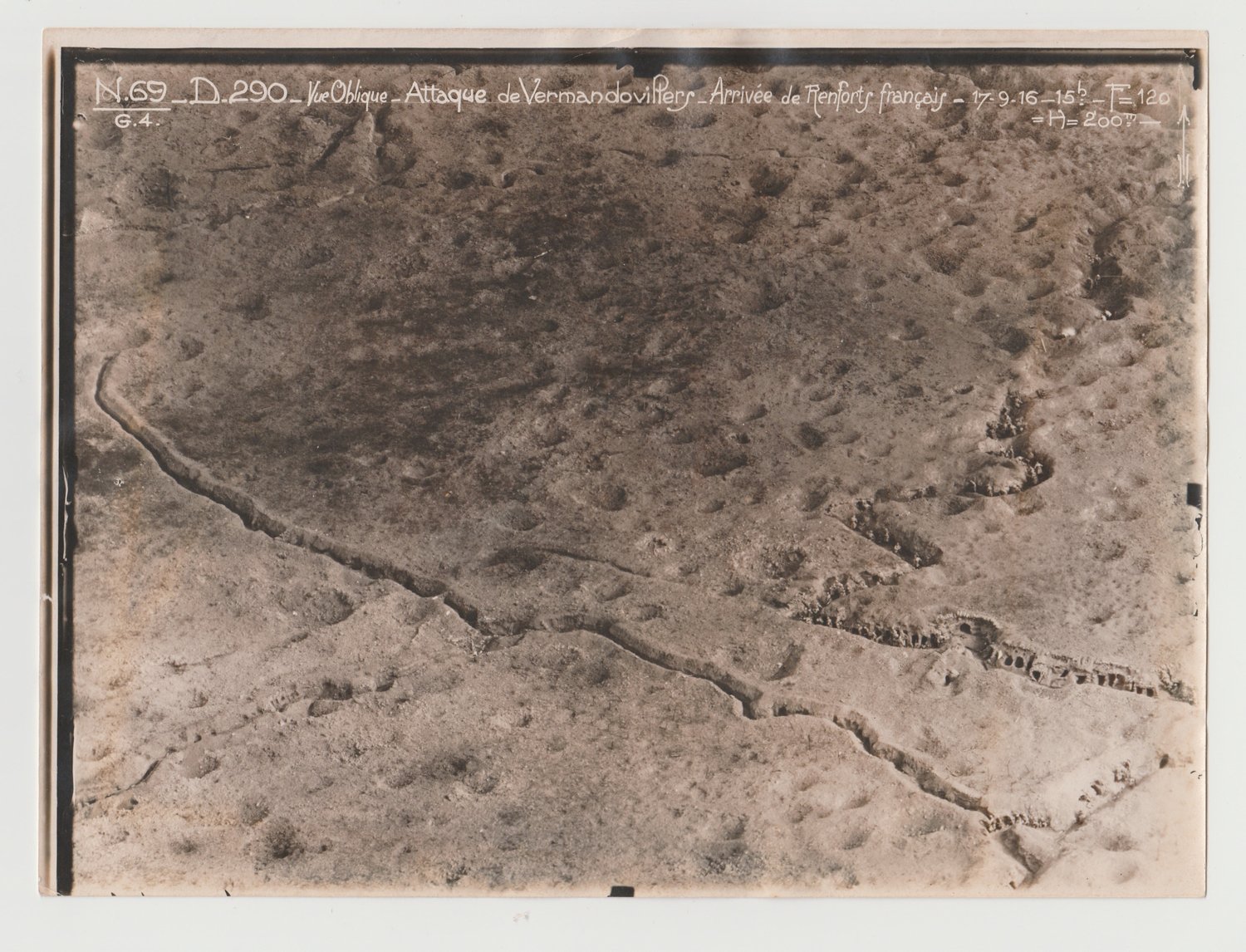 A very touching (and therefore rare) picture of the trenches in Europe. French reenforcement arriving at the front of the Somme department in Picardie.
You can see the environment has sufferd from the war. Foxholes in the trenches and even the soldiers are clearly visible!
This photograph was published in 1916 by Amalgamated Press with the title: "French Troops in Action Arriving at Vermandovillers, As Seen From Above By a French Airman." (second image for reference only)