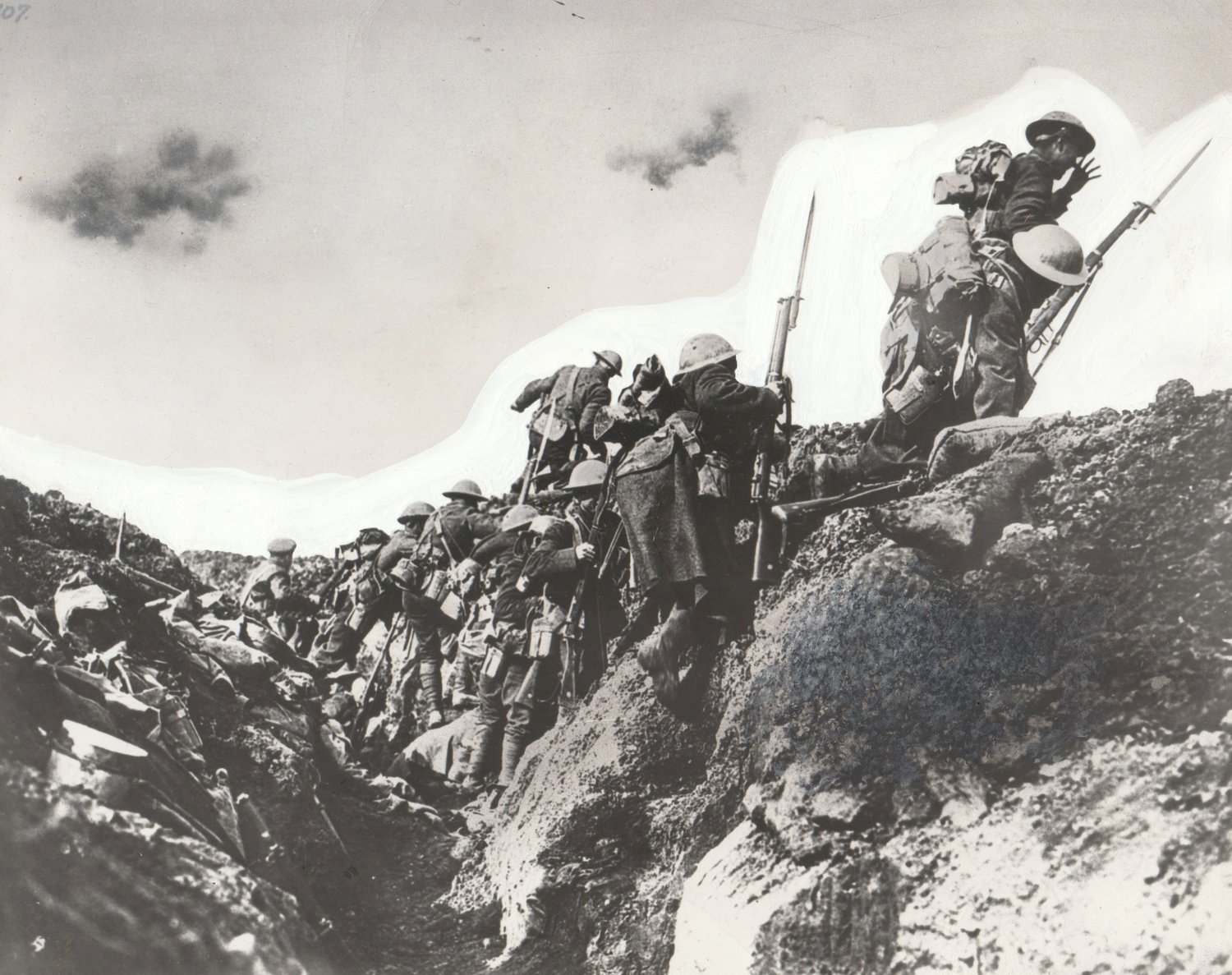 The photo depicts Canadian soldiers in a training exercise behind the lines in October 1916. “Troops supposedly 'going over the top' at the start of the Battle of the Somme in 1916, photographed by Canadian official photographer Ivor Castle. This photograph was widely and misleadingly published as a portrayal of an actual British attack. However it was actually taken during a training exercise behind the lines. The breech cover which is clearly visible on the rifle of the soldier in the foreground was edited out in contemporary publications of the photograph.” (text from Imperial War Museum, thanks to '@pellethepoet' for this information)

Original retouching on the print for use in a newspaper. Press print with small traces of use. Iconic image of WWI.