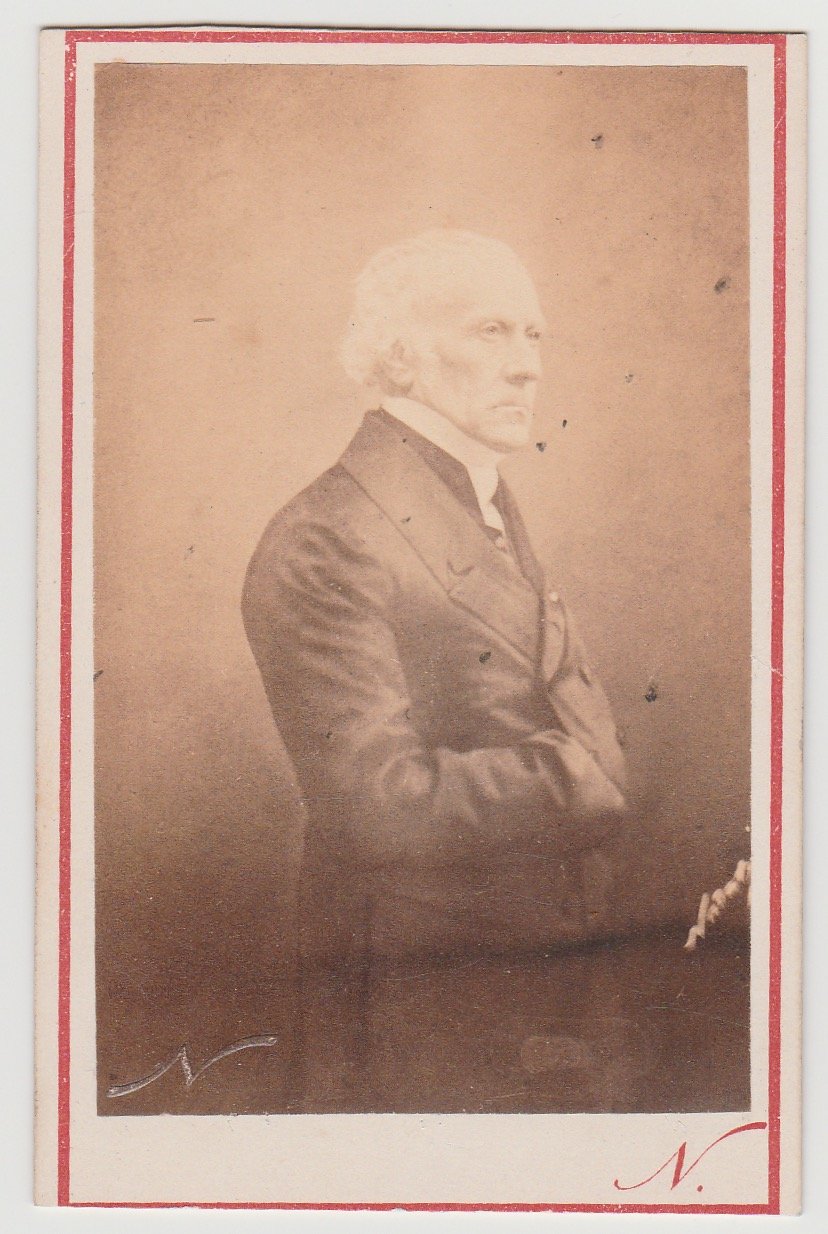 This carte de viste is a vintage copy of the large print Nadar made of Guizot. Signed in the negative. Also a dry stamp 'N' is visible. A 'typical' strong Nadar portrait.

The albumen print is slightly faded but in good condition. Original retouching.
Ca. 1865

Guizot (1794-1874) was born at Nîmes to a bourgeois Protestant family. He was a French historian, orator, and statesman. Guizot was a dominant figure in French politics prior to the Revolution of 1848.
When François Guizot was 6, his father was executed on the scaffold at Nîmes during the Reign of Terror. From then on, the boy's mother was completely responsible for his upbringing. During the First French Empire, Guizot, entirely devoted to literary pursuits, published a collection of French synonyms (1809), an essay on the fine arts (1811), and a translation of Edward Gibbon's The History of the Decline and Fall of the Roman Empire, with additional notes, in 1812.
Absent from Paris at the moment of the fall of Napoleon in 1814, he was at once selected to serve the government of King Louis XVIII, in the capacity of secretary-general of the ministry of the interior. Upon the return of Napoleon from Elba he immediately resigned, on 25 March 1815, and returned to his literary pursuits.
After the Hundred Days, he returned to Ghent, where he saw Louis XVIII, and in the name of the liberal party pointed out that a frank adoption of a liberal policy could alone secure the duration of the restored monarchy – advice which was ill-received by the king's confidential advisers. This visit to Ghent was brought up by political opponents in later years as unpatriotic. "The Man of Ghent" was one of the terms of insult frequently used against him in the days of his power.
Down to the summer of 1874 Guizot's mental vigour and activity were unimpaired. He died peacefully, and is said to have recited verses of Corneille and texts from Scripture on his death-bed.