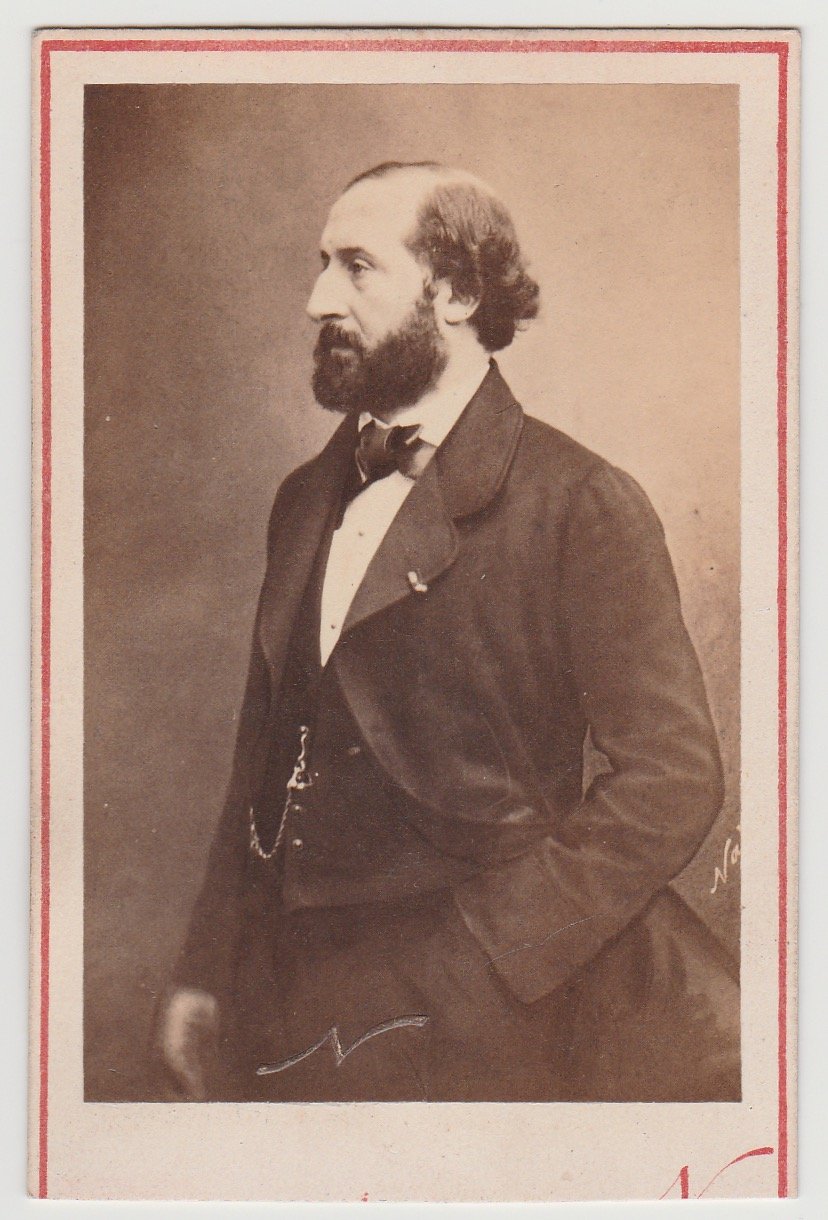 This is the CdV version of the large salt print Nadar made in August 1857. The autograph in the negative is partly visible. Also a dry stamp 'N' is visible.
A rare profile portrait by Félix Tournachon.

The albumen print is in good condition with strong tonality. Card slightly trimmed on the lower side.

The author of twenty-nine plays, Guillaume-Victor-Émile Augier (1820 – 1889) was one of the principal French playwrights of the 1800s. Said to be a bon vivant and something of a lady-killer, Augier here presents a wholly dignified, if distant, appearance for the camera, impeccably dressed and clearly prosperous. He and Nadar had known each other from around the 1840s.

At about the same time and from nearly the same angle as this photograph, Nadar made an undated caricature of Augier. Both emphasize, and in the case of the caricature exaggerate, the shape of Augier's most salient feature, his prominent nose. Profile views were rare in Nadar's photographs, probably because they made it impossible to capture the expression of the sitter's eyes and lessened the interaction of subject and photographer. The result here is a more formal portrait than Nadar usually sought. (Getty Edu)
Augier was the thirteenth member to occupy seat 1 of the Académie française on 31 March 1857.