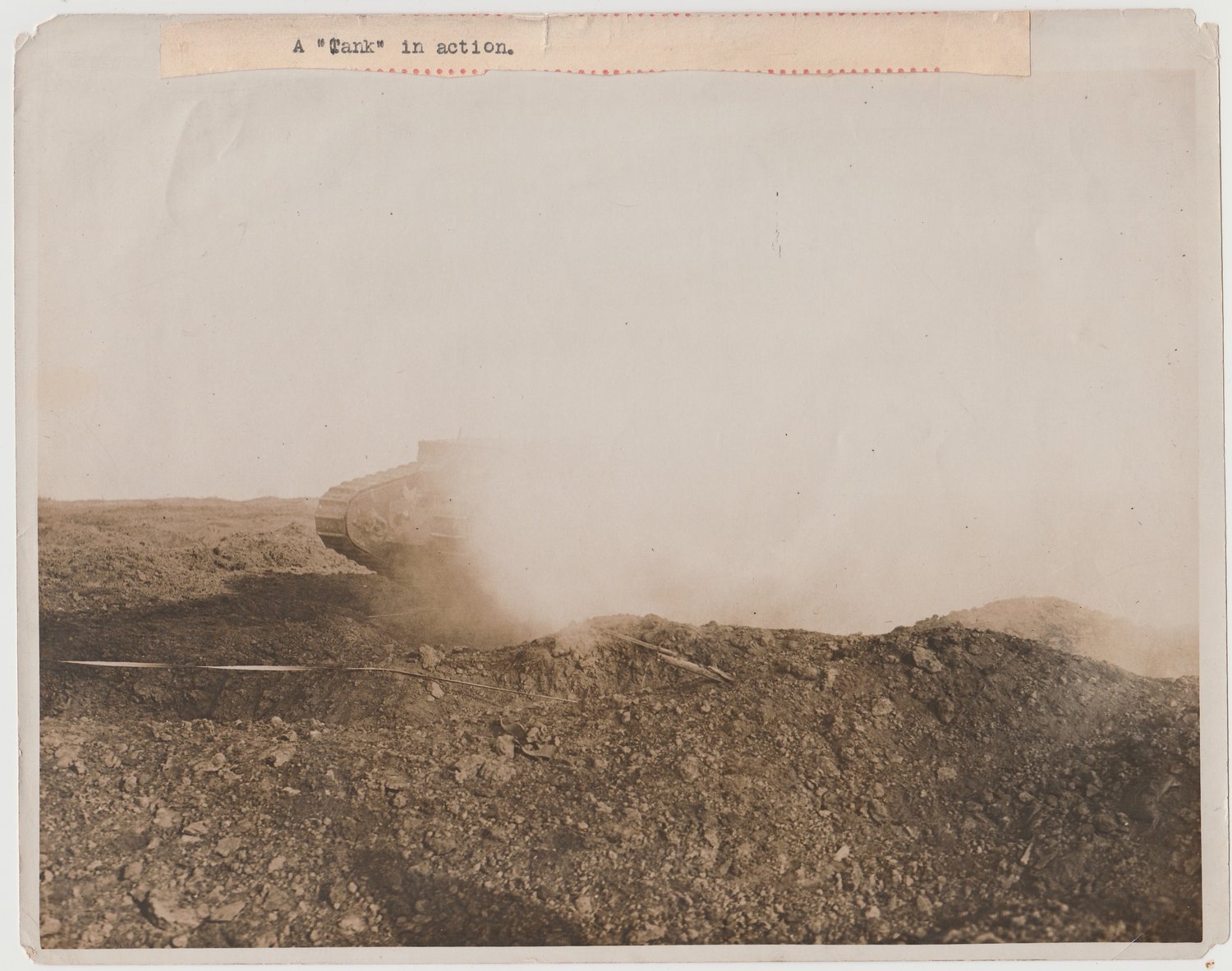 An official press photo by the Central News Agency. At the back is a stamp visible of the "Canadian War Records". Also the following caption is pasted on the back: "Canadian Official Photograph From The Western Front, 0.1556 A Tank in action.".

At recto, on the photograph, is also a caption pasted: "A "Tank" in action.".
The tank (here a British Mark V) is an invention made during WWI. A dramatic photograph from this new weapon. Nice detail, The photographers shadow can be seen in the front.

The gelatine silver print is in used condition. Damaged corners. Some typical wear for press prints.